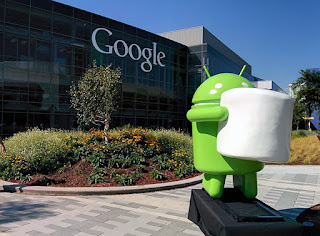 Whether you like them straight out of the bag, roasted to a golden brown exterior with a molten center, or in fluff form, who doesn’t like marshmallows? We definitely like them! Since the launch of the M Developer Preview at Google I/O in May, we’ve enjoyed all of your participation and feedback. Today with the final Developer Preview update, we're introducing the official Android 6.0 SDK and opening Google Play for publishing your apps that target the new API level 23 in Android Marshmallow.

Get your apps ready for Android Marshmallow

The final Android 6.0 SDK is now available to download via the SDK Manager in Android Studio. With the Android 6.0 SDK you have access to the final Android APIs and the latest build tools so that you can target API 23. Once you have downloaded the Android 6.0 SDK into Android Studio, update your app project compileSdkVersion to 23 and you are ready to test your app with the new platform. You can also update your app to targetSdkVersion to 23 test out API 23 specific features like auto-backup and app permissions.
Along with the Android 6.0 SDK, we also updated the Android Support Library to v23. The new Android Support library makes it easier to integrate many of the new platform APIs, such as permissions and fingerprint support, in a backwards-compatible manner. This release contains a number of new support libraries including: customtabs, percent, recommendation, preference-v7, preference-v14, and preference-leanback-v17.


How to Get the Update

Compared to the previous developer preview update, you will find this final API update fairly incremental. You can check out all the API differences here, but a few of the changes since the last developer update include:

Google Play is now ready to accept your API 23 apps via the Google Play Developer Console on all release channels (Alpha, Beta & Production). At the consumer launch this fall, the Google Play store will also be updated so that the app install and update process supports the new permissions model for apps using API 23.
To make sure that your updated app runs well on Android Marshmallow and older versions, we recommend that you use Google Play’s newly improved beta testing feature to get early feedback, then do a staged rollout as you release the new version to all users.

We finally have the gooey answer to the Android M conundrum and it’s Marshmallow. Not a major shock, it was always a front-runner, but some people have been surprised by the fact that Marshmallow will be version 6.0 of Android and not 5.2 or 5.5. Should a whole number leap imply some major overhaul? Why is Google jumping straight to 6.0? There are various possible reasons.


It never made sense

Did Google’s version system ever really make sense? Anyone who has worked with programmers will understand the often arbitrary nature of version numbers. Traditionally, the first number is supposed to mark a major version and the second number a minor version, but that’s just a general convention, it’s not an unbreakable rule. In practice, version numbers often just mark the point that something was pushed out the door. They’re useful because they make it possible to track down problems later, but they don’t really tell the end user anything, and they’re not really meant to.
Let’s take a brief look at the historical line-up of Android versions:
Take a look through the versions and try to find a pattern that establishes consistently why some versions are whole number leaps and others aren’t. The closest you could argue is probably that whole numbers indicate an aesthetic leap, but Éclair didn’t really and Marshmallow won’t either. What does it matter when the system never really made sense anyway?
The dessert names are for users, marking larger leaps of style and function, but even the incremental updates within names have sometimes delivered more than just bug fixes. There’s no real consistency there.